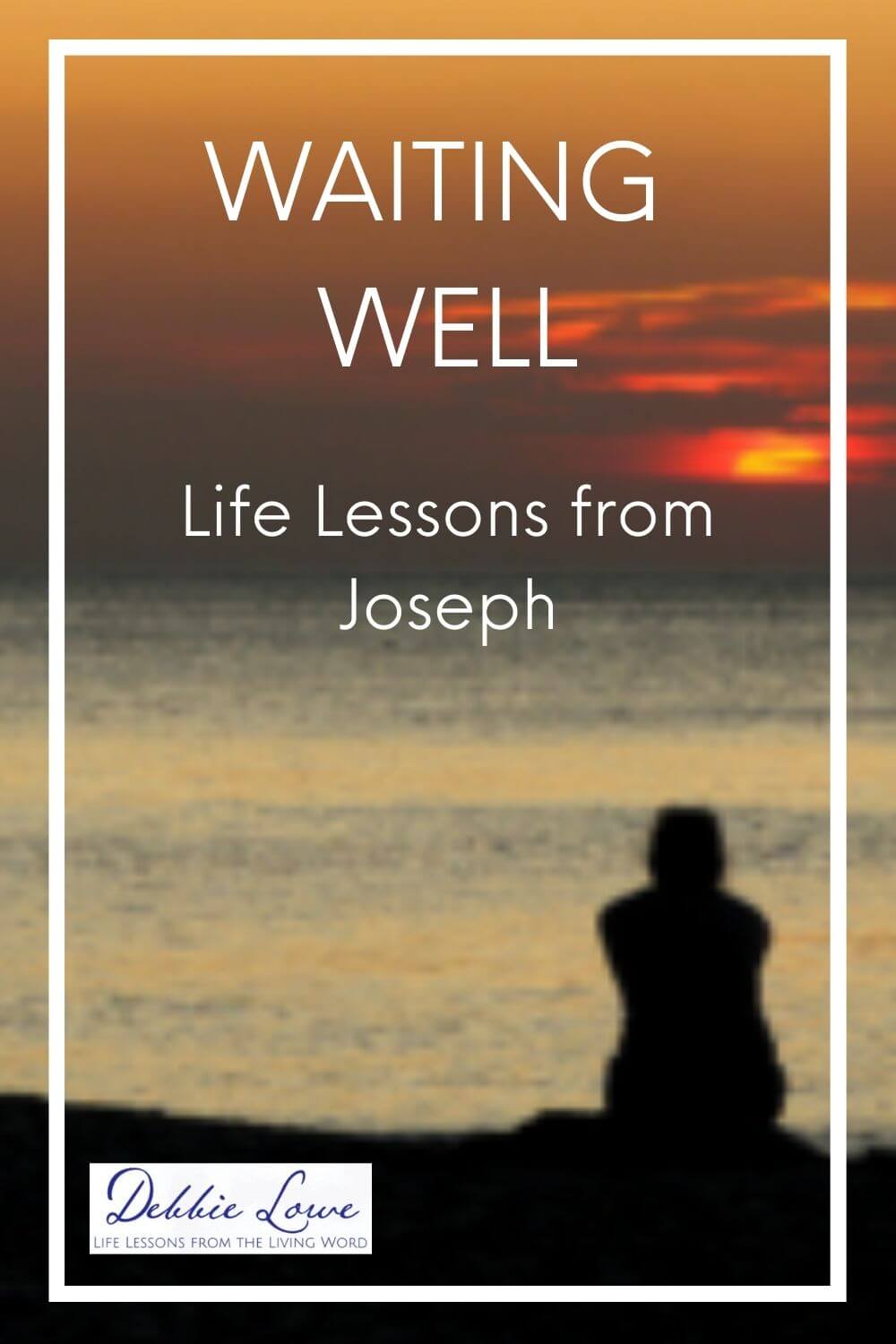 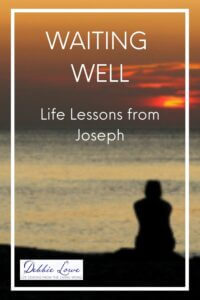 How do you feel about “waiting”?

It’s never been one of my favorite things. Yet, waiting is something we do all our lives.

As a child, I waited to go to kindergarten so I could stand at an easel and paint. (I missed the age cut and went straight to first grade; so disappointing!)

As a teenager I “waited” to get a driver’s license, to go off to college, and later, to find a job, get married, and have a family.

Now, I wait to see family and friends face-to-face again.

Life can often be “an adventure in waiting.”

Today we’re all waiting for the COVID 19 vaccine, for the pandemic to end, for life to “get back to normal.” Weary of waiting, we have developed “quarantine fatigue”; leading some into true depression.

Is there a way to “wait well”? Are there any benefits to waiting?

In chapter thirty-seven of Genesis, we meet Joseph, the spoiled, impetuous son of Jacob (also known as Israel) and his beloved wife, Rachel.

Born to Jacob in his old age, Joseph was Jacob’s favorite, the eleventh of twelve sons. Joseph’s brothers were jealous. Being his father’s favorite, he was given “a coat of many colors” – a very special gift provoking even more resentment from his brothers. (Gen 37:2-4)

As if “favorite son” status wasn’t enough to infuriate his brothers, Joseph shared two dreams indicating that someday all his brothers (along with his father and mother) would bow down to him.

After a proud seventeen-year-old shared his second dream, several of his brothers decided to permanently remove their annoying younger sibling. (Gen 37:5-11,18) While in the wilderness tending their father’s flock the brothers sold Joseph to some passing Midianite traders. (Gen 37:28)

Bound, half-dragged away from his brothers, Joseph pleaded with them, (Gen 42:21) yelling over his shoulder, begging his brothers to reconsider, desperately hoping…

Surely his father would come after him. (Joseph was unaware his brothers had presented his bloodstained coat to their father, suggesting he had been killed by an animal.) (Gen 37:31-32)

After an arduous journey to Egypt, Joseph was sold to Potiphar, “an officer of Pharaoh and the captain of the guards.” (Gen 39:1)

From spoiled favorite son to slave in a foreign country.

God’s hand in our waiting.

He could have been angry, bitter, not a model slave. But instead, receiving favor from the Lord, Joseph yielded to His guidance.

God made everything he did successful. Joseph “became [Potiphar’s] personal attendant, [and was put] in charge of his household and …of all that he owned… [Potiphar] did not concern himself with anything except the food he ate.” (Gen 39:2-6)

From slave to empowered personal attendant of a top official. Listening – and yielding – to God’s direction had turned a frustrating time of waiting into an agreeable situation.

Potiphar’s wife accused Joseph of trying to take advantage of her. Potiphar believed his wife, Joseph was imprisoned, waiting for the truth to be revealed, waiting for freedom. (Gen 39:7-20)

The Lord continued to “extended kindness to him. He granted him favor with the prison warden. The warden put all the prisoners who were in the prison under Joseph’s authority… and the Lord made everything that he did successful.” (Gen 39:21-23)

But still, he waited.

Having offended Pharaoh, both his baker and cupbearer were imprisoned. After some time, one night each had a dream. They were frustrated because there was no one to interpret their dreams. (Gen 40:8) Saying “interpretations belong to God” Joseph asked them their dreams and explained the meanings. (Gen 40:8)

When they left prison, Joseph asked them to mention him to Pharaoh hoping for release. The men went back to Pharaoh. Both interpretations proved correct, but they didn’t remember to mention Joseph to Pharaoh. (Gen 40:12-23)

Two years later, Pharaoh had two disturbing dreams and no one to interpret them. The cupbearer remembered Joseph. At last, a reprieve to his waiting.

He was brought into Pharaoh’s presence. Joseph began by saying, “I am not able to [interpret dreams]. It is God who will give Pharaoh a favorable answer.” (Gen 41:16)

After receiving the interpretation Pharaoh was so pleased with Joseph that he elevated him to second in authority over Egypt (second only to himself). Joseph was now 30 years old. (See Gen 41:37-46)

After more than thirteen years of waiting God’s plan for Joseph was revealed.

At some point during his enslavement, the spoiled, impetuous favorite son of Jacob turned to the Lord. He chose faithfulness, acting honorably with all the Lord entrusted to him. Rather than being angry, bitter or irresponsible he did his best job for Potiphar, his best while imprisoned, and his best serving Egypt. He did his best while waiting.

And he was faithful to bear witness to the Lord, crediting Him with the successful interpretation of dreams.

During a time of great famine Joseph’s family went to Egypt and (at first unknowingly) bowed before him. Joseph had become a wise and humble man. He realized God’s plan in all that happened and embraced his family. (See Gen 45:1-15)

We “wait well” when we choose to “walk humbly with” God (Micah 6:8), listening and obediently responding to Him in each situation, every day, crediting Him with “our” wisdom and successes, thanking Him for His blessings.

We wait well when we choose to walk humbly with God , listening and obediently responding to Him in each situation, every day, crediting Him with our wisdom and successes, thanking Him for His blessings. Click To Tweet

And when we “walk humbly with  God, “yielding to His direction, we learn patience. In our “get it done yesterday” society, patience is underrated. But patience is important; it’s part of the fruit of the Spirit. (Galatians 5:22)

Imagine the frustration of waiting…replaced with His peace. Like Joseph, we can learn to wait well trusting that, as we humbly wait, God will grow us and, ultimately, in its time, His purpose will be revealed.

All quotes from the Christian Standard Bible, Holman Bible Publishers, 2017.