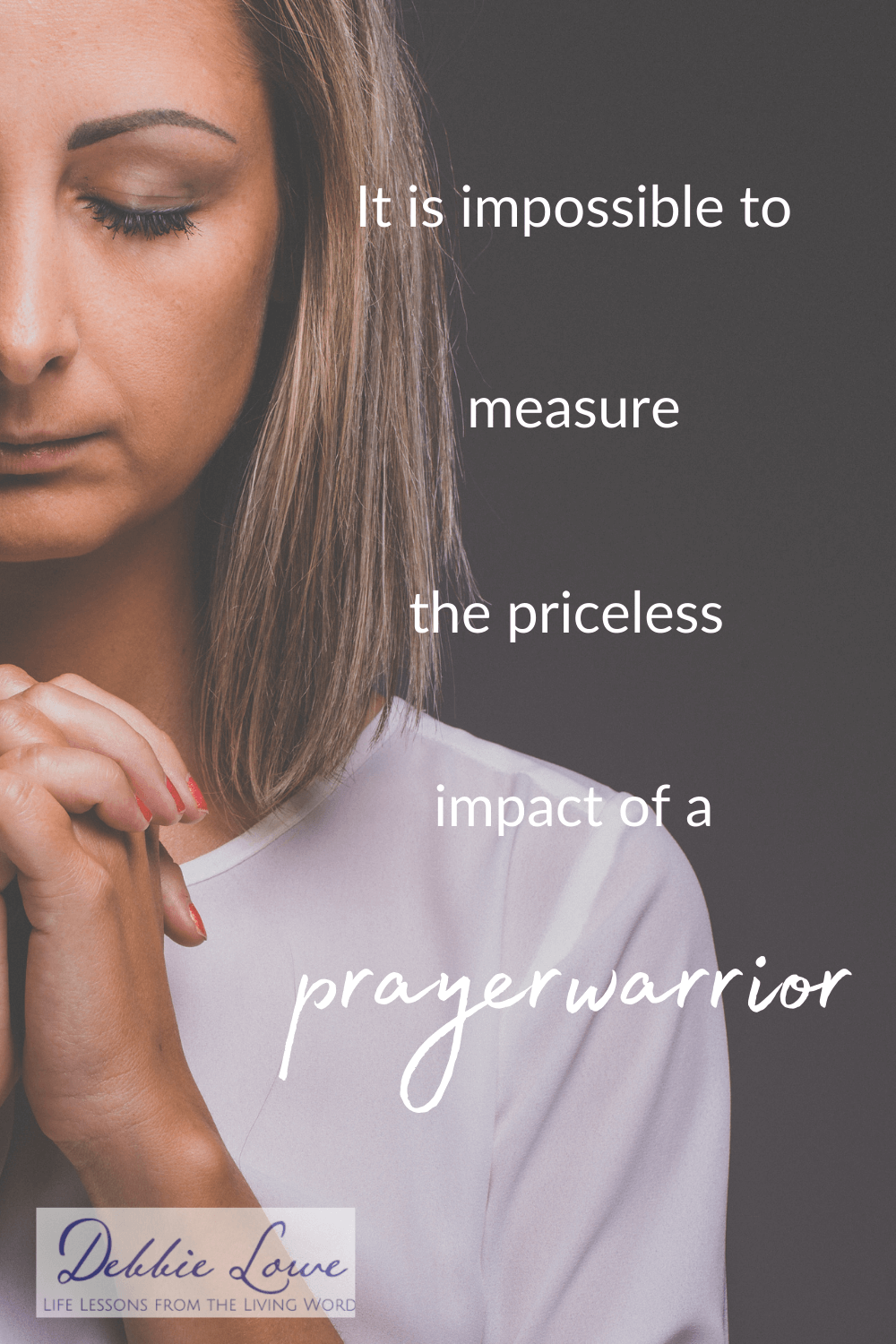 Abby is a faithful prayer warrior. 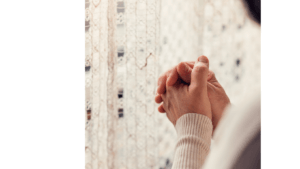 We met almost thirty years ago when she facilitated a women’s prayer group, a fellowship that gathered  and prayed for many years.

Over fifteen years ago Abby became a widow, losing her husband to a sudden, fatal heart attack. We talked one Sunday after church. With her characteristic smile, she said, “I don’t know why I’m still here….”

Uh! Abby seemed to feel her life had little purpose.

There’s no way to know how many hearts are moved toward the Kingdom, how many souls are saved from the suffering and hopelessness of hell, how many people are healed, how many babies saved, how many disasters designed by the evil one are thwarted, how many conference seats are filled, how many….

Because there is no way to measure the impact of a prayer, those with this gift may sometimes feel they are doing little or even “nothing.” It’s particularly difficult when we can’t “see” results; the lies of the enemy can be especially damaging. 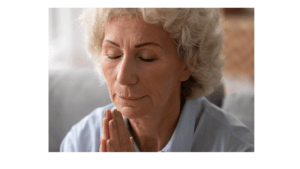 Scripture is filled with stories of the power of prayer.

In 2 Chronicles 17 we read of King Jehoshaphat. Scripture says, “the Lord was with Jehoshaphat because he walked in the former ways of his father David. He …sought the God of his father and walked by his commands… So the Lord established the kingdom in his hand” (2 Ch 17:3-5a CSB).

After many peaceful and prosperous years, Judah was threatened with invasion. Scripture tells us “Jehoshaphat was afraid, and he resolved to seek the Lord. Then he proclaimed a fast for all Judah, who gathered to seek the Lord” (2 Chron 20:3, CSB).

In a great convocation, Jehoshaphat stood before the people and prayed. He ended his prayer with “‘Our God, will you not judge them? For we are powerless before this vast number that comes to fight against us. We do not know what to do, but we look to you'”  (2 Ch 20:12, CSB). https://biblegateway.com/passage/?search=2+Chronicles+20%3A15&version=CSB

As the people stood, the Spirit of the Lord came upon Jahaziel, a Levite. Jahaziel spoke: “‘Listen carefully, all Judah and you inhabitants of Jerusalem, and King Jehoshaphat. This is what the Lord says: “Do not be afraid or discouraged because of this vast number, for the battle is not yours but God’s…. You do not have to fight this battle. Position yourselves, stand still, and see the salvation of the Lord'”  (2 Chron 20:15 & 17 CSB).

The next morning as the soldiers were assembling for battle, King Jehoshaphat appointed some to walk in front of the army singing, “‘Give thanks to the Lord, for his faithful love endures forever'”  (2 Chron 20:21 CSB). The moment they began praising the Lord, He set an ambush against the enemy, causing them to completely destroy themselves (see 2 Chron 20:22-23).

Jehoshaphat had turned to the Lord, trusted Him and earnestly prayed. And he charged the people to pray, too.

Again, the Lord showed Himself faithful.

We will never understand the “work” of prayer, but Scripture makes it clear that prayer is a necessity.

There is no greater need than prayer. There is no higher calling than that of the prayer warrior.