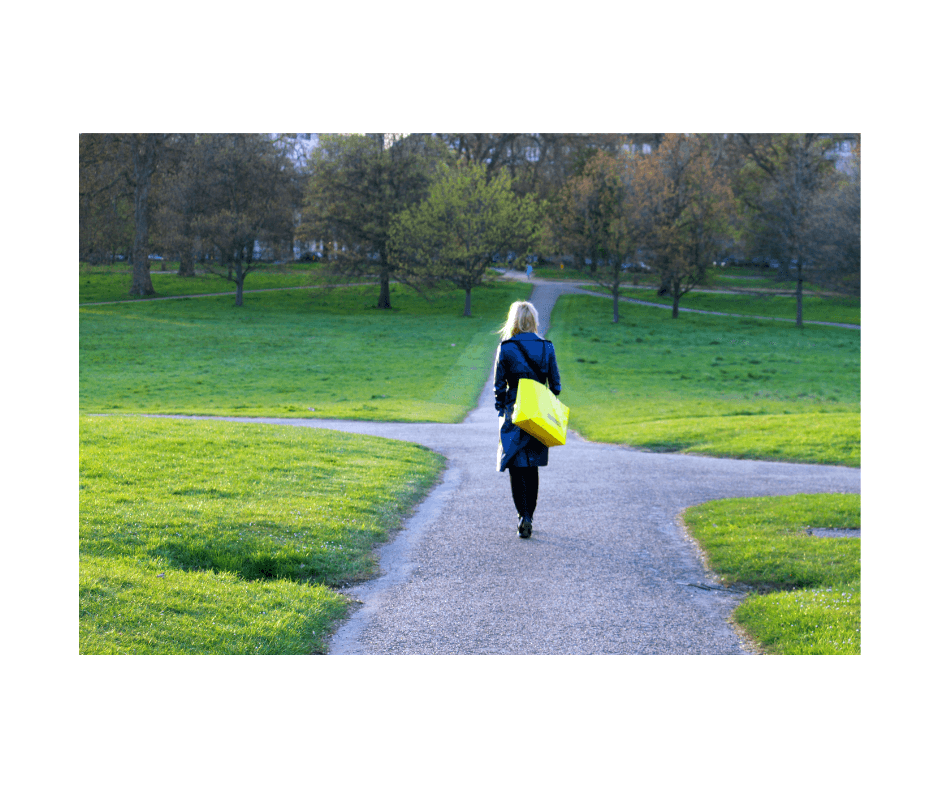 How do you make a decision? Every day we make dozens of them, with no conscious thought: take the vitamins; flip the light switch; flush the toilet. If I don’t take my morning vitamins then I might find myself sluggish that afternoon. Annoying but not life-threatening. Forget to turn the light on before entering a dark room, I stump a toe, Ouch! Painful but not terminal.  Forget to flush the toilet, stinky bathroom. Unpleasant, but not lethal.

But there are more serious choices, choices that will make a long-term difference.

Should I accept this job offer? It will stretch me. What if I fail, losing my only source of income? Should I buy this house or that one? I like that one, but it does need some work….

Then there are times we face life and death decisions: Should I agree to turn off the life support? Should I have this baby?

Whether our dilemma is small or life-altering, we need a decision-making framework to determine the choice.

Centuries ago, a young woman was called upon to make a life and death decision, a decision that would alter not only her life but the lives of an entire nation. Her name was Esther.

Esther lived in Susa, the capital city of Persia during the fourth century B.C. The King, Ahasuerus, was looking for a new queen; he had banished the former queen for failure to appear at his banquet. The king sent representatives to all corners of his kingdom in search of beautiful young women, one of whom would ultimately become queen. Little did he know that the queen-to-be lived in Susa.

One of the many young women brought to the king was Esther. Esther was an orphan. She was raised by her cousin, Mordecai. Scripture tells us, “Esther gained favor in the eyes of everyone who saw her” (Esther 2:15 CSB) – including the king who chose Esther as his new queen.

After Esther entered the palace, Mordecai would walk by the palace courtyard to keep in touch with her. Mordecai became aware of a plot to kill the king. He told Esther, who told the king, crediting Mordecai with the information. Mordecai saved the king’s life.

There was a man, Haman, who was promoted by the king to be his top official. The king stipulated that the servants at his gate were to bow and pay homage to Haman (Esther 3:2). Mordecai and Haman’s paths crossed regularly; Mordecai refused to bow to Haman. (Haman was an Amalekite; the Amalekites were an ancient enemy of the Jews [Ex 17:8-16], which may have been a reason Mordecai refused to bow to Haman.)

Mordecai’s refusal to pay homage to Haman didn’t sit well with Haman; Haman was furious. When he learned Mordecai was a Jew, he decided he wanted all Jews throughout the kingdom executed. Haman told the king that there was a group of people scattered through the kingdom who didn’t obey the king’s laws. He recommended these people (the Jews) be destroyed and offered to give 375 tons of silver to the treasury if the king agreed (Esther 3:9). The king agreed. The date was set for the annihilation of the Jews. Mordecai found out, “put on sackcloth and ashes, went into the middle of the city, and cried loudly and bitterly.” (Esther 4:1 CSB) Esther learned of Mordecai’s mourning and the reason why.

Esther had a decision to make: She could hide-out in her chambers and hope no one discovered she was Jewish, or she could go before the king and plead for her life and the lives of her people. The choice sounds simple, but going before the king unsummoned was against the law; it carried an automatic death penalty unless the king accepted the person’s presence by extending his gold scepter.

So, Esther prayed. She prayed and fasted for three days. She had her maids pray and fast, too, and asked Mordecai to assemble all the Jews he could find in Susa so they could pray and fast as well. Esther determined that at the end of the three days she would go before the king, resolving: “‘If I perish, I perish.’” She had chosen to pray, trust God, and take that very scary step of faith. The king accepted her into his presence and, at a special dinner arranged by Esther for the king and Haman, Esther informs the king of Haman’s plot to destroy her people.

The king was not happy.

Since, by law, a signed edict could not be revoked, the king put a second edict in place encouraging the Jews to vigorously defend themselves. He also sentenced Haman to death. Esther’s decision, her choice to trust God and step out in faith, saved not only her life and but also the lives of her people, the lives of an entire nation.

A Framework for Decision-Making

Through Esther we have a model – a framework – of how to make decisions. It’s a model we can apply to all decisions, especially the hard ones, the decisions that will not only affect your life but the lives of others as well. We are to pray, fast as needed, and ask other believers to pray with us. Esther also shows that once you understand the Lord’s will you are to proceed boldly with an attitude of faith and confidence – resting in peace and trusting the Lord with the outcome.

Making a choice can be difficult. But we have the assurance that God is always with us, even when we’re wrestling with our most difficult decisions.

Imagine the peace, having prayed, fasted, identified God’s will and chosen to boldly step out in faith, trusting Him for the outcome.