Waiting for a Dream

Ever notice wait is a four-letter word?

Most of the waiting we do is no big deal; an annoyance: waiting in the grocery line (even the self-check lines usually require some waiting); waiting for the school bus (you’re required to be there ten minutes early but the bus is usually ten minutes late); waiting (with your yet to do to-do list) in the doctor’s office.

There’s waiting for serious things, concerns that rob us of peace, like waiting for test results, or a phone call from a loved one during a storm.

And there’s waiting for the manifestation of a dream.

Recently I found myself at a cross-road. Retired, I wondered if now was finally the time to step into a l-o-n-g awaited dream. I felt confused. There were “signs” but I was unsure. I scheduled a few hours (retirement can be incredibly busy!) gathered my Bible and journal and prayed. Immediately a Habakkuk 2:3 came to mind. “‘For there is still a vision for the appointed time; it speaks of the end and does not lie. If it seems to tarry, wait for it; it will surely come, it will not delay.’” (Emphasis added.)

Your calendar has no beginning or end. Mine is limited, and right now it’s careening toward the end of its sixth decade. In Your sight a New York millisecond is incalculably long. My “sight” is much shorter! 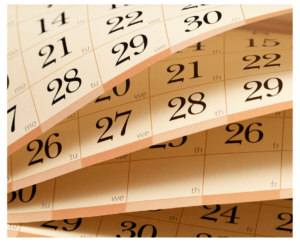 Imagine how Sarah must have felt. She likely married in her teens. At 90 (when the Lord told Abraham Sarah would have a son [Genesis 17:19]) she had given up the dream of bearing a child. Later, in Genesis 18:12, when she overheard a visitor say she would have a child, she laughed. After all, she was way past childbearing age. She didn’t believe her dream – God’s promise – could be fulfilled.

But God fulfilled His promise; He is faithful.

She may not have believed until she held her son in her arms, but after seven decades of waiting Sarah gave birth to Isaac, the child of promise (Genesis 21:1-2). 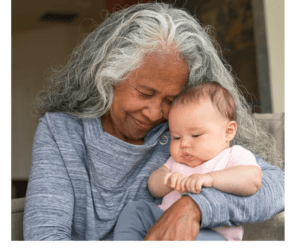 Wish I could say my faith is greater; it’s not.

I have learned that believing the Lord is a choice; actually, it’s a choice made over and over throughout life. I can say (with His help) I choose to trust the Lord and am working to believe that the “…vision [His vision] … will surely come.”